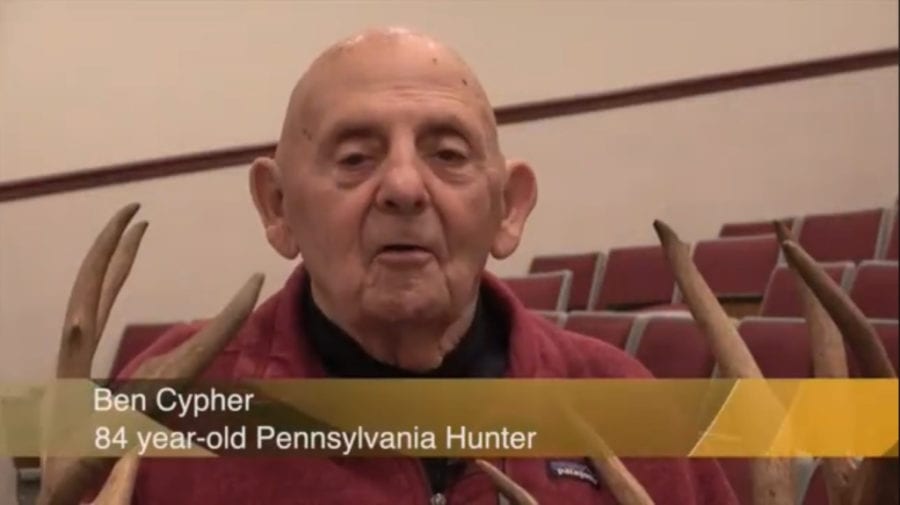 Ben Cypher recently traveled to Harrisburg from Butler County to have his 17-point buck officially scored by Pennsylvania Game Commission staff. Ben, 84, is a disabled veteran who served with the 1st Marine Division in 1953 and 1954.

He harvested his 17-point buck on the second day of the 2018 rifle season in Cameron County using a Game Commission-issued Disabled Person’s Permit. Ben’s buck ranked 46th in the state in the nontypical firearms category and is the largest Cameron County buck on record. The buck’s rack measured 22” wide and 11” tall.

It had a gross score of 173 6/8, lost 6-4/8 in side-to-side deductions on normal points and circumferences and had 16 5/8” of abnormal points added to make the final non typical score of 183-7/8. We thank Ben for his service and congratulate him for his buck of a lifetime.

Ben’s family has hunted at Camp 8-Point, northwest of Emporium in Cameron County, since 1934. That’s the year the camp cabin was built and also the year Ben was born. He’s harvested 16 bucks there, including his 2018 buck, though he’d never killed a buck bigger than a 5-point until 2018. 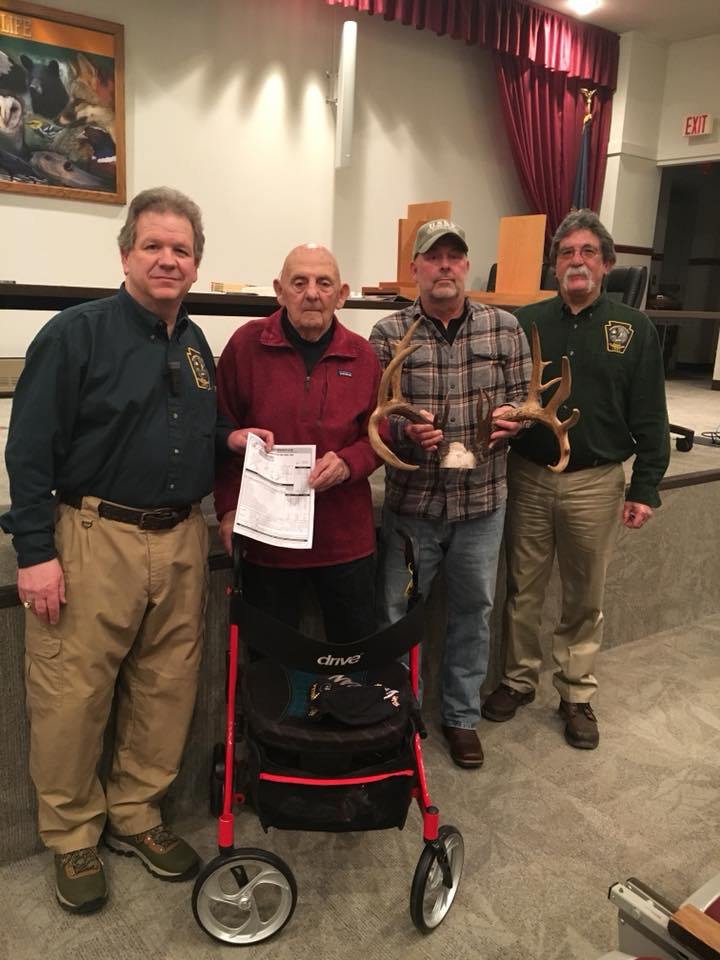