I recently had the pleasure of attending the Dallas Safari Club’s North East Chapter Event at the Mohegan Sun Casino in Uncasville Connecticut. We were fortunate enough to speak to Kim Rappleye while attending the event. He is the Chapter Development Coordinator for Dallas Safari Club. Kim gives us some insight about the great work that Dallas Safari Club does for hunting and conservation and how they have expanded their reach not only in the the U.S but worldwide as well.

Chris: Can you tell me a little bit about Dallas Safari Club? How it came about and the growth?

Kim: Sure. DSC has been around now for over 40 years. They’re actually a break off from Safari Club International which started almost 50 years ago. DSC decided they want to be their own group and so they broke away from SCI, became their own group, started out with just a handful of guys that said we want to be our own group here in Dallas. Started from there over 40 years ago and now from that handful of members, they’ve got almost 6,000 members and a major convention, one of the largest hunting conventions in the world and the growth is going straight up. 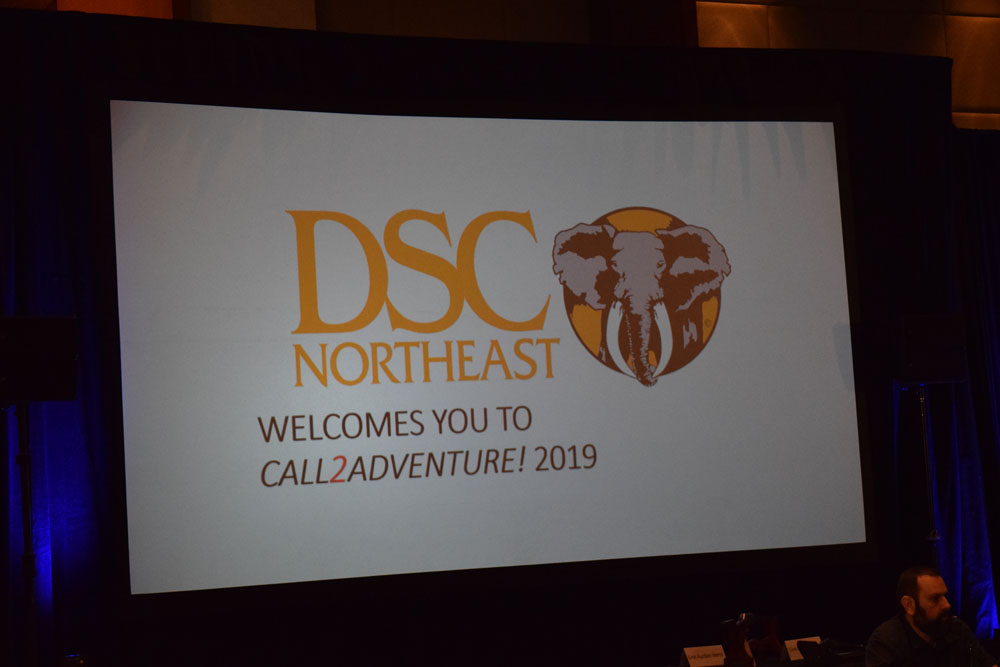 Chris: I know it’s Dallas Safari Club but you’re not limited to Dallas?

Kim: That’s the name we’ve got, that’s where it came from was Dallas obviously, that’s our roots and we’re very proud of that, but Dallas Safari Club is actually an international organization. We have members from all of the states in the United States, Canada, South America, all over the world. They all support the mission of DSC and a mission of conservation, education, and protecting hunter’s rights which we’re very passionate about.

Chris: Now, you’re growing. How many chapters of Dallas Safari Club are there?

Kim: Well, that’s pretty interesting. They started out with no chapters. They went for the majority of their existence with none and a little over three and a half years ago, they decided they wanted to have chapters and spread their reach and their footprint throughout North America to start with. Currently now after three and a half years of doing that, we have 11 chapters and growing.

Chris: That’s fantastic. We are here in Connecticut, the Northeast chapter and this covers from New York to Maine, right?

Kim: Correct. Yeah, they take in the entire Northeast area here. There’s almost 300 members up here and growing, and they put on an annual banquet every year to raise money so that they can complete the mission that they come up with the support as a chapter.

Chris: What can we expect from Dallas Safari Club this year? I know your convention in Dallas was a tremendous success this year and I know next year they’re looking to do even better.

Kim: Yeah, we always do, that’s always the thing is what can you do for me this year that you didn’t do last year and the conventions actually been sold out vendor-wise. We tried to keep it at around 1,100 vendors which is a lot and they don’t want to get a whole lot bigger than that, although there’s about 300 or 400 on the waiting list wanting to come in and be a part of the show. So they’re trying to keep it about this area, this size and so we’ll see. I mean, there’s so much pressure though that increase. My guess is we’ll start growing a little bit from this, but they raised a lot of money, our entire year’s budget is raised in four days, so it’s a tremendous show.

Chris: And it’s non-for-profit, so everything that’s raised pretty much goes towards conservation. 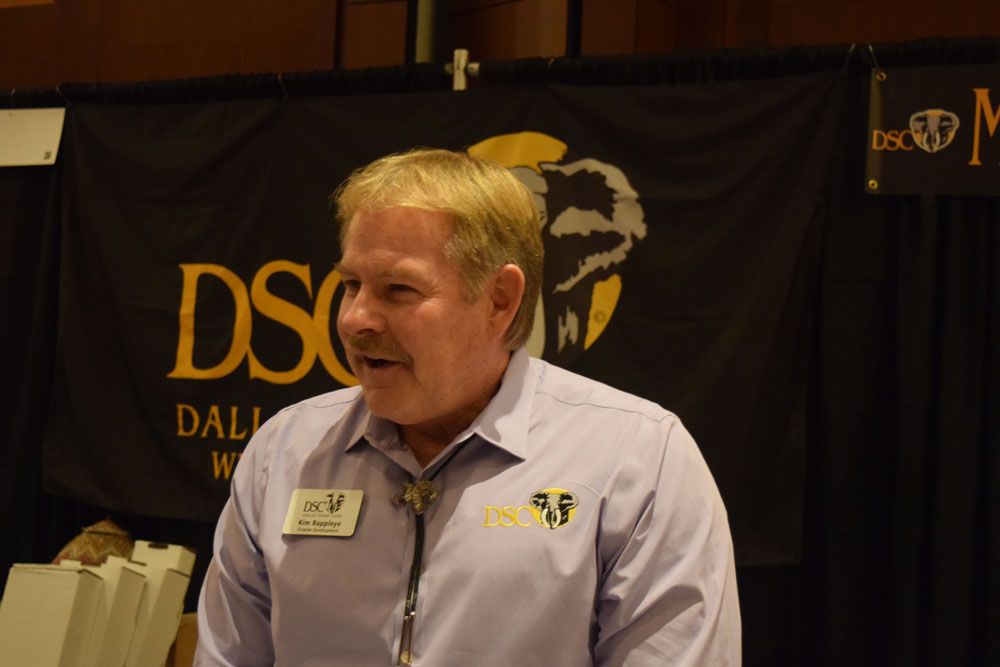 Kim: It really does. I mean, we have the 501C4 aspect of it which is the protecting of the hunter’s rights. So we can actually do some lobbying, we have a lobbyist that we hire full-time that’s on the hill and helps us with those types of issues. But then, the rest of the money goes to conservation and education, really putting animals back on the ground, helping the habitat flourish, and really the conservation and education of hunting and hunting all around the world.

Chris: Right. I’m happy to be here at this chapter event. And if there’s anything that we can do to assist you, just feel free to ask.

Kim: Well, thank you. We’re happy you’re here and hope you have a good time, that this chapter will have a great event tonight. And just like our National Convention only on a smaller scale, they’ll use this night to raise funds so that they can complete the mission that they’ve set forth. It’s important to them. They’ll spend that money locally which is totally different than any of the organization. The chapters are allowed to keep the money that they raised and spend it here locally. So that’s a big deal and they they’ve got some very cool project that they support. And they wouldn’t actually happen without their support so it makes a big difference.

For More Information about Dallas Safari Club Go to their website www.biggame.org