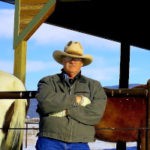 It starts like most adventures start – a thought in the back of your mind, a vision of adventure, the experience of a new culture, new people, and a different perspective of a sunset in a remote continent and different hemisphere.

Such was the case when I began thinking and dreaming of an African hunt. I had always dreamed of such an adventure, but could I make it a reality? The expense, the travel complications, firearm permits, work responsibilities, locating an outfitter and an area to hunt -the list of excuses can be endless.

When I finally came to terms with the excuses, I began to talk to myself and communicate with others, with a feeling that this could happen. The planning and researching phase of the adventure can be overwhelming, but luckily it took little effort to convince two of my close friends and former work colleagues to join forces and make it happen. As luck would have it, my friends were both already veterans of several previous trips to Africa which decreased my anxiety and gave me confidence. The pathway to my first African adventure had begun!

The next step was to stick a flag in the ground and propose a date. At that time we could not have possibly imagined that a global pandemic had a different trajectory. Unfortunately, the flag we placed in the ground was squarely in the middle of that trajectory. We assumed there would be obstacles and barriers to overcome, but this was beyond our expectations.

Having decided on dates, we searched for an outfitter, but with so many options, who to choose? In the end, even with my two companions with previous African experience, we employed a professional booking agent, the best which turned out to be an ideal solution.

After several months of evaluating many possibilities, we were all finally in agreement with the outfitter, dates, and targeted species. We made the final decision, signed our hunt contracts, and paid a deposit to secure the schedule. The professional booking agent did his job, the dates were secure. The hunt, still 12 months away, we went off to make our flight reservations. All major obstacles and barriers appeared to be in our rear-view mirror. What could go wrong at this point!

We have all lived through the pandemic and subsequent Covid restrictions, so I will not re-hash the obvious, except to say our May 2020 hunt was cancelled and re-booked a year later.  The frustrations, sadness and disappointments extend far beyond a pre-scheduled African hunt.

But nearly two years and eight months from the initial vision of my Africa adventure, I found myself sitting on an airplane with a three-letter destination airport on my ticket – JNB (Johannesburg, South Africa)! It seemed nearly impossible to believe, but we were on our way.

I will not even attempt to sugarcoat the travel frustrations in a world that was trying to recover from a pandemic: The frustrations with rifle permits, covid testing requirements and ever-changing flights were now behind us as we sat on the first leg of our journey.

Arriving in Johannesburg after 36+ hours of travel we were exhausted. Thankfully, and as recommended by my hunting companions, we had already decided to spend two nights at the Afton Safari Lodge in Johannesburg to give us adequate recovery time before traveling on to our destination. The additional time even allowed the opportunity to tour the city which was a real bonus. The Afton Safari Lodge not only turned out to be a bit of an oasis, they also handled all our rifle permits, met us at the airport and walked us right through the customs process.

The area we intended to hunt was in the northeast province of Limpopo, and the four-hour drive to Witfontein Safaris gave us ample opportunity to take in the countryside.

Upon arrival were greeted by our host and our PH. After a quick introduction, a review of our hunting strategy and schedule, we were off to dinner and bed. The next morning we were to be cast into the wilds on our adventure! We were up at sunrise, and after a quick breakfast, zero checking our rifles at the range, we teamed up with our assigned PHs and were off for the day.

My PH, Herman, was a retired South African police officer and had decades of experience guiding all over southern Africa. I was immediately impressed and in awe of his depth of experience and local knowledge. I felt incredibly lucky to have been teamed up with such a skilled professional. Unlike in most American big-game hunting, one of the most compelling aspects of hunting in Africa is the targeting of many species on a single hunt. This was my first trip to this beautiful, game-rich land, so after months of revisions I had finally decided on four: kudu, sable, nyala and oryx.

I quickly learned on my first day out that South Africa is about opportunity, which forces the hunter to be flexible and ready. We could be hunting kudu when a nyala unexpectedly steps out of the brush. This is exactly what happened many times, which is all part of the excitement of South Africa. After four days of hiking, glassing, and passing on a few animals, in the end, I took my sable and kudu within a few hours of each other.

The nyala was next on the list if there was an opportunity. The nyala, a cousin to the kudu, which is often referred to as the Gray Ghost, proved just as elusive. Even with the rut in full swing, these animals prefer heavy thick brush and have little interest in venturing out of their comfort zone. Finally, on the second-last day of the hunt and after exhausting multiple tactics, I took a beautiful nyala bull as we sneaked our way through the brush.

This adventure had already become epic – the culture, endless wildlife, and the sunsets are what hunting novels are written about, and I was living it. Time was running out, as it always seems to do. The idea of still having an opportunity at an oryx with only one day remaining seemed unrealistic. I had only seen one oryx, and it was running ass over tea kettle as they say, in the other direction.  Herman, my ever confident PH, seemed to have no worries. He simply grinned and looked at me like a tenured professor would eye an unconfident student.

“I have a plan, now let’s get a good night’s rest and we will attack this in the morning.”

After a somewhat restless night, sunrise of the last day finally came, and after a quick breakfast I was anxious to hear “the plan” as we headed out for the last day in the field.

We started the morning by glassing a large expanse where Herman had previously located a small herd, hoping they would still be in the area. It was not long before we had our first glimpse of these amazing animals. Not unlike the pronghorns of the west, they are also equipped with amazing eyesight and being herd animals, there were lots of eyes to be concerned about. I was excited, but a few minutes later we were spotted, and they quickly turned and disappeared over the ridgeline. My heart sank as I tried not to look at my watch in desperation as the day clicked forward. Unshaken, Herman with his same confident professor expression, simply said, “Alright let’s go get ‘em,” as if the disappearance over the far ridge was part of the plan.

We quickly got off the top of the truck, shouldered the shooting sticks, and off we went on foot. Samuel, our highly experienced and trusty tracker went off in another direction, obviously part of some plan that at this point I no longer questioned. After about an hour of tracking and worming our way through the trees and underbrush, I was becoming slightly lost when Herman once again looked over at me intently as he quietly deployed the sticks.

“OK, get ready, and take the one on the right.”  Right? How far out is he? I had not yet spotted anything, let alone the one on the right. After calming my nerves and getting organized I was on the sticks and finally spotted the oryx. At the same time Herman whispered, this time with a bit more anxiety in his voice, “Hit him now – he is at 142.” I squeezed off the .308 and the unmistakable sound of the thump echoed back at us. I knew he was hit good, and after a short track (thank you, Samuel) we had him, and I was immediately overcome with emotion. It was now the afternoon of my last day of hunting and I had taken all four of my target species and participated in one of the most incredible experiences of my life.

As we gathered around the fire that last evening enjoying a drink, I had an opportunity to reflect. It is interesting how the mind works: The covid frustrations, scheduling trauma and unending flight changes seemed irrelevant as the warm glow of the final sunset disappeared behind the hills. I had just experienced a culture and an adventure that many dream of, but only a small percentage have realized. I was incredibly grateful.

If I have learned anything about this experience it can be summed up about perseverance and long-term planning. Too often we subject ourselves to the daily frustrations and struggles within our own professional and personal life, not allowing ourselves to dream big – in the end a decade will slip by, and our experiences remain routine. This trip had dozens of opportunities to fail, or for any of us to simply say – “not now, this is too hard”. But we did not.  As this trip fades into photos and long-distant memories, I will always be grateful for not giving up and making this incredible and epic adventure a reality.

What is your next adventure? Make it happen!

About the author
Dave Irvin is a commercial backcountry pilot, avid hunter, aviation and outdoor writer and wilderness enthusiast. He currently calls Western Montana home where he and his family reside on their small ranch.