For the hunter that doesn’t mind sitting for hours, ground blind hunting can be the ultimate in concealment and versatility.

Ground blind hunting is perfect for applications such as big game or turkey hunting, bowhunting whitetail, ambushing bull elk during the rut, and especially waterfowl hunting (though this situation is a little different from the others). It is an extremely effective and deadly method. And if you’ve got fidgety kids with you, they can be hunt-savers.

Ameristep, Primos Hunting, Barronett Blinds, and Rhino Blinds all make roomy deluxe blinds in addition to smaller, portable pop-up blinds to fit any occasion. As such, there are hardly any restrictions if you want to use a ground blind to hunt with a crossbow, rifle, or archery equipment.

Ground blinds, sometimes called “grounders,” have simply become an essential piece of hunting gear. Here are some tips and tricks to remember when you are using a ground blind to hunt from.

Match the Camo Pattern to Your Area

Matching the pop-up ground blind camo pattern to the surrounding habitat is going to help you blend in. Depending on the type of hunting you are doing, it will matter more in some cases. And of course, habitat colors change with the seasons, so consider what time of year you’ll be using it.

If you are a bowhunter hunting a mature buck, for instance, you’ll be close to the action. Blending will be more important in this scenario. If you are rifle hunting from a distance, less stealthy ground blinds, or even box blinds with no camo at all, seem to work just fine.

All the same, the wrong camo can definitely hinder your odds of success. Whether it is Realtree Edge, Mossy Oak Break-Up Country, or one of the many others to choose from, try to get the closest match you can to the spot you’ll be hunting.

Brush It In for Maximum Concealment 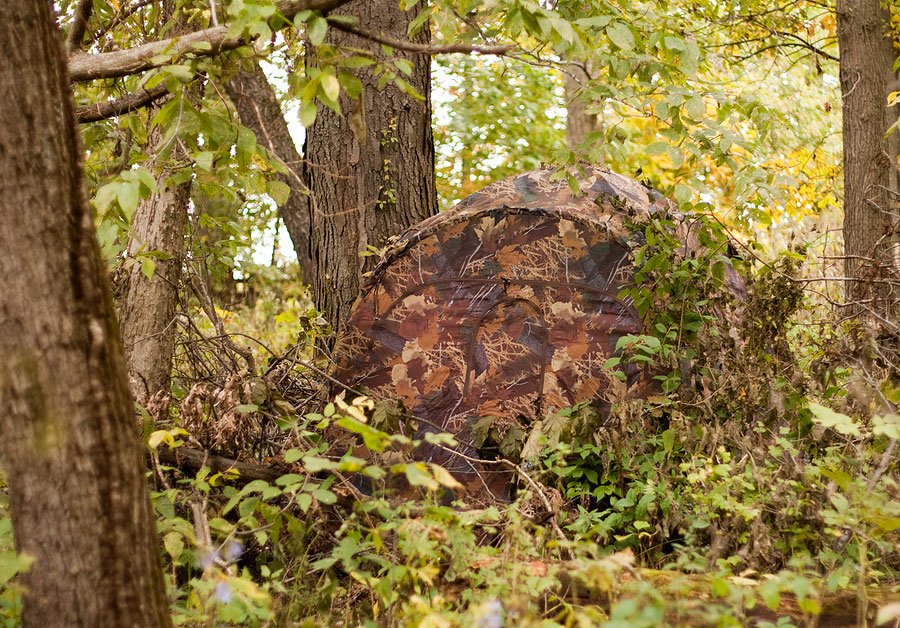 Sometimes you can get away without brushing in a ground blind. It depends on what you are hunting and how wary those animals are.

Bowhunters hunt pronghorn over water holes in states like Wyoming and Utah all the time. In open pronghorn country, there is no brush to brush in a ground blind!

Turkeys don’t seem to care about a recently erected pop-up blind as long as they don’t spot sketchy movement inside. Likewise, at times, elk have hardly given a second look when they’ve been within 20 yards of a blind I was sitting in.

However, brushing in your blind can add so much of a change that a wary critter could catch on, and never drift by your shooting port. Hunters in deer blinds found in heavily pressured areas suffer from this fate season after season. Play it smart, and don’t brush in a ground blind so much so that it’s detrimental.

Most ground blind interiors are black to keep visibility down, reduce shadows, and block other oddities that may catch a quarry’s eye.

If you are wearing camo on a black background, you are going to “pop” and not in a good way! You want to blend in by matching the blind interior. This means wearing a black shirt, mask or headcover, and gloves.

Set Out the Ground Blind in Advance

Posted by The Keefer Brothers on Thursday, December 21, 2017

Like treestands, setting out your ground blind ahead of the hunting season can be difficult on public land. It’s unfortunate, but sometimes people think that anything not nailed down is theirs for the taking.

When you are able to put a pop-up blind out in advance, you should. Sure, it gives the game a chance to get used to it, but there’s another reason. By doing so, you’re not alerting every animal within a half-mile radius on opening day.

There’s nothing quiet about putting up a ground blind at 5:00 a.m. You are already making a disturbance during your approach hike, and just getting inside the thing could be noisy and cumbersome. Time should be given after getting inside to let the area “settle” before sun-up. 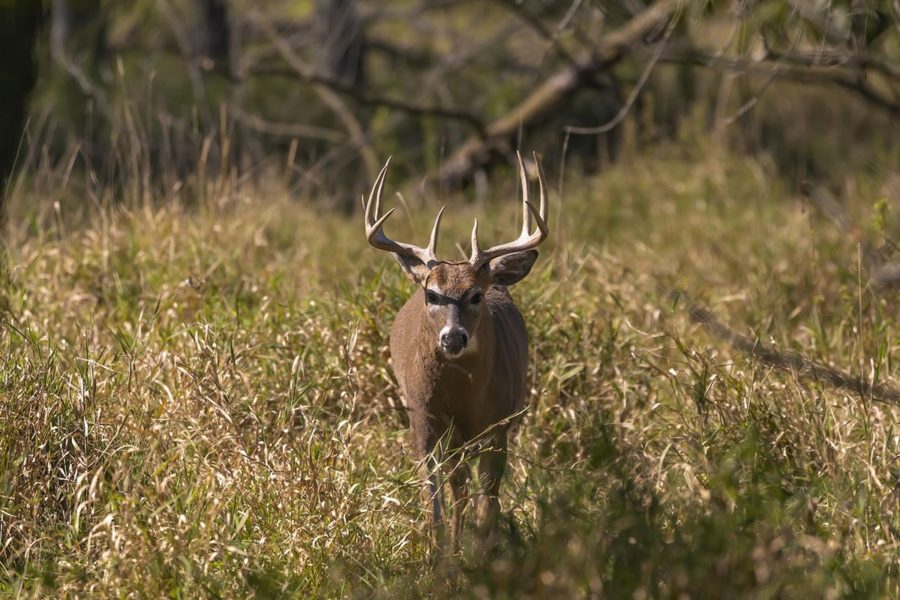 Pre-season scouting with game cameras should have given you a good idea of the animal traffic coming through your targeted area. If you are bowhunting deer, identify a food plot, food source, game trails going to bedding areas, or an area where several game trails converge.

Set up the ground blind within 20 or 30 yards of an intersection of game trails, but not directly on the game trails themselves. A pop-up blind will help your scent from blowing across the landscape, but you should still be mindful of the wind.

Set up downwind of the expected direction, or opt to hunt the time of day that will put the wind in your favor for that location. Back out if needed and come back later when the wind is right.

A ground blind, like any other hunting gear, isn’t perfect. You still have to be careful with movement inside the blind.

Unless it’s a bomb-proof box blind, they also tend to leak in continuous rain if you don’t treat the seams and stitching.

Even so, a ground blind for deer hunting season or turkey season can give you the deadly edge. If you haven’t hunted with this method before, this season is the one to give it a try. Having an animal up close and personal at ground level will make you a believer!