Protect yourself: Here’s how ticks choose, hunt their prey

STATEN ISLAND, N.Y. — When the weather gets warmer, Staten Islanders become more aware of the dangers of ticks, especially when walking through parks or grassy areas.

Ticks feed on mammals, bird, reptiles and amphibians, according to the Centers for Disease Control and Prevention (CDC). Most ticks prefer a different host animal at each stage of their life.

So what exactly makes a tick want to bite certain prey, like a human, a deer or a dog?

The insect finds its host by detecting breath and body odors, or by sensing body heat, moisture and vibrations. Some species can even recognize a shadow, the CDC said.

While hunting, ticks pick a place to wait by identifying well-used paths.

They then wait for a host, resting on the tips of grasses and shrubs. While they can’t fly or jump, many tick species wait in a position known as “questing.”

While questing, ticks hold onto leaves and grass by their third and fourth pair of legs. The ticks hold the first pair of legs outstretched, waiting to climb on to a host.

So why don’t we feel when a tick bites us?

Ticks stay attached to hosts, blood feeding for several days, according to TickEncounter Resource Center at the University of Rhode Island. While feeding, they secrete novel pain killers called kininases, in their saliva that helps them go unnoticed.

If you were bitten previously, you may notice a small red bite mark that could be itchy. If there isn’t a tick at the site, you may have already scratched it off without realizing it, according to TickEncounter.

According to the CDC, if the tick is in a sheltered spot, it can go unnoticed.

And it may be difficult to avoid ticks, especially on Staten Island.

Staten Island has seen the sharpest rise in Lyme disease in the last several years, largely due to the booming deer population. When compared to other parts of the city, DOH said deer ticks were becoming widely established on Staten Island — raising concerns of the dangers associated with ticks.

Ticks can be found in parks, in backyards and even get moved around by animals and pets. Dogs and cats can pick up a tick outside and bring it inside to humans, according to TickEnounter.

If the tick attaches to your cat or dog, it will not typically leave it. But if the animal comes inside or you pick it up, loose ticks crawling on the animal’s fur can easily transfer over to you.

After returning indoors from tick-infested areas, it’s important to check yourself, children and pets, the city DOH suggests. Your chance of getting sick from a bite is lower if you remove the tick quickly.

Look for ticks around all joint areas, the belly button, behind ears, behind knees, between the legs, around the waist, in the hairline and in other skin folds.

You should also shower within two hours of coming indoors to wash off ticks and make it easier to find any crawling ticks.

What should you do if a tick is on you?

If you notice a tick on you or your child, your first instinct might be to grab it quickly to get rid of it. But experts warn that could put you at risk. TickEncounter research shows that one method is consistently reliable and safe. It involves removing the tick with pointy tweezers, allowing a person to get of even the smallest of ticks.

Stay away from flat tweezers that can squeeze the tick – as this could release the insect’s potential sack of germs. 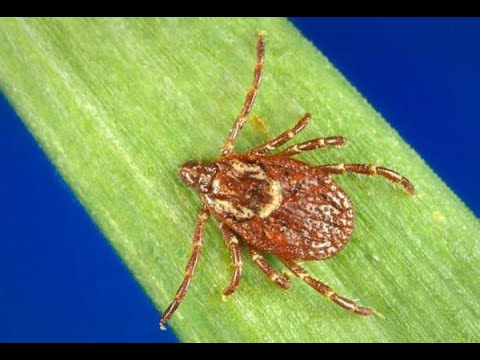 Here’s what to do when you’re bitten by a tick.

Here are more tips to protect you and your family against ticks:

Source: Protect yourself: Here’s how ticks choose, hunt their prey