Wildlife is valuable. When harmed, such as by commercial poaching or illegal trade, our response should be not only to punish offenders, but to seek remedies. Conservation litigation provides opportunities to secure justice for wildlife.

We work hard to protect things of value and—when someone harms them—we frequently respond strongly. These responses often seek to punish those who injure us, but also often seek remedies such as compensation for our losses.  This is the premise of a liability lawsuit.

In most countries, liability lawsuits can provide parties with remedies to harm suffered from actions such as injury to livelihoods and property, medical malpractice, negligence, breach of contract, fraud and defamation. In these cases, the plaintiff that suffers harm as a result of the other’s actions or inaction, can seek remedies via a liability suit, classically under civil or administrative law (depending on country).  Remedies typically involve financial compensation.

However, when it comes to acts that harm the environment, including valuable wildlife resources, we rarely seek comparable legal remedies.

Why don’t we sue those who illegally harvest, trade and use wildlife?

Harm to wildlife is typically addressed through criminal law: violators might be punished with fines and imprisonment, but we rarely employ the concept of legal liability to seek remedies.  Yet, there are many cases of large-scale, commercial illegal take, trade and use that harm threatened wildlife to which liability is immediately relevant.

Poaching, illegal trade and use of wildlife can have huge negative impacts.  For example, it can harm private resources, where wildlife and habitats are owned and managed by communities or private landholders. This is particularly salient in contexts such as big game management for ecotourism and hunting, where illegal wildlife take or trade delivers direct impacts on livelihoods and assets that could be compensated.

Importantly, environmental liability suits are not limited to private losses or to compensation for financial losses.  Liability suits in many countries can also be used to seek diverse remedies for harm to public resources, such as biodiversity that is owned and managed by the State in the public interest.  For example, commercial poaching within a national park harms not only the affected individual animals, but also the survival of the species, the ecosystems, and the general public who values the park.  These types of injuries can and should be remedied by those responsible for causing the harm.

Moreover, actions that harm wildlife also impact the many intangible values humans place on biodiversity, associated with cultural, intrinsic, existence and bequest values. These values are part of the reason that governments, philanthropies, citizens, communities and NGOs invest so heavily into strengthening enforcement to reduce illegal trade and poaching.

It is time to consider whether, when these valuable private and public resources are harmed, we should also be making efforts to seek remedies for that harm to biodiversity.  Indeed, in cases of egregious harm to wildlife by offenders who are well-resourced and likely to sustain future harm to biodiversity (e.g., organized crime, corporations, financiers), liability lawsuits are entirely warranted.

Conservation litigation is possible in many countries

However, such legal action in the context of biodiversity conservation— conservation litigation—remains virtually untested in most contexts.

When liability suits are filed, they have been primarily used to address oil or hazardous waste pollution—as in the case of the 2010 Deepwater Horizon oil spill in the Gulf of Mexico. This case provoked a series of environmental liability lawsuits, including by the US government, seeking remedies in the form of oil clean-up, and financial compensation for the long-term costs of restoring the harmed ecosystem and biodiversity.  There were also more than 100 private civil liability lawsuits involving thousands of individual fishers, hotel owners and restaurants whose livelihoods and businesses were harmed, and were seeking compensation for lost income. These resulted in billions of dollars in remedies and payments.

However, there are also other types of promising cases: In Indonesia in 2012, the Ministry of Environment sued the Kalista Alam palm oil company for illegally burning down a peatland forest in order to convert it into agricultural land. The lawsuit held them liable for more than US$20 million in remedies, including to reforest the affected site.  In 2019, French marine protected area sued a group of illegal fishers who had been poaching inside the park, and found them responsible for providing remedies, including compensation to the park.  More recently, an Indonesian court is currently evaluating whether a zoo that illegally kept protected species could be held liable for the harm caused to the affected animals, species and human wellbeing. The case could see the offending company responsible for funding on-the-ground conservation actions, issuing public apologies, funding animal rehabilitation and supporting educational programs.

These types of cases illustrate the scope for future conservation litigation to address cases of harm to biodiversity.

Reasons for the delay

There are a number of likely explanations for why these types of cases are not already common practice in more countries: Related legislation is comparatively new in many high-biodiversity countries; although most wildlife conservation laws have been in place for many decades, environmental liability legislation is more recent in most jurisdictions.  Government agencies and conservation NGOs have established patterns of working, drawing on the legislation they are most familiar with.   Moreover, many conservation groups have hired former criminal investigators, prosecutors and enforcement experts to support their efforts, and these colleagues are, by training, focused on criminal law strategies rather than liability-based strategies.

These types of lawsuits are likely also rare because they can be relatively complex to develop, especially when compared with traditional criminal law cases. While the punishments for criminal violations are usually articulated in law (e.g., minimum fines), liability laws do not typically enumerate the types of remedies that can be provided or how these should be presented. Instead, liability suits rely on plaintiffs making strong, evidence-based arguments that describes the nature of harm suffered, and the appropriateness of proposed remedies to fix that harm.

Most pressingly, these types of liability suits have simply not been tried in most jurisdictions, even in many where they are legally possible.  As such, there are considerable legal procedures to navigate, and uncertainty about how judges and juries will react to them.  Combined with the financial and technical barriers to pursuing legal action, there are significant challenges to operationalizing these types of lawsuits. 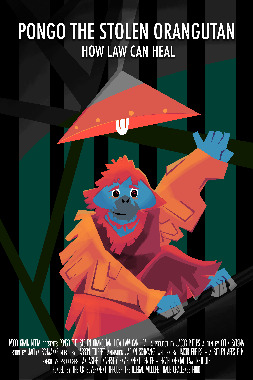 “Pongo the Stolen Orangutan: How Law Can Heal” describes how conservation litigation could be used to help remedy the harms caused by illegal wildlife trade. Watch the 5 ½ minute video

I coordinate www.conservation-litigation.org, a collaboration among lawyers, conservationists and economists that is exploring the logistics of developing lawsuits for harm to biodiversity, including as a result of illegal wildlife traders and poaching kingpins. We recently prepared a resource to help practitioners develop and understand the potential for remedy-focused lawsuits for biodiversity.

Our work aims to help catalyze future legal action. This is significant because, in many countries, these lawsuits could be pursued not only by government agencies, but also by citizens and NGOs.  In many countries, they can represent not only their own private interests in the wildlife (e.g., lost livelihoods, stolen wildlife) but also the public interest—requesting remedies for harm to public resources.

This broader right to sue is in stark contrast with the enforcement of criminal law, which is squarely the responsibility of the government; citizens and civil society groups cannot bring forward criminal prosecutions.

This limitation has, of course, frustrated many conservation groups, especially in contexts where government agencies fail to conserve, whether because they are under-resourced, lack capacity, have other priorities, or suffer from corruption.  In many countries, this has prompted conservation NGOs to fill gaps, effectively assuming the roles of the State: conducting investigations into wildlife crimes, undertaking monitoring of protected areas, supporting police and prosecutors through arrests and case handling.  However, even in this context, citizens and civil society are often heavily reliant on government cooperation. Conservation litigation can present a distinct avenue for conservationists to directly engage with legal processes to help bring about justice and conservation outcomes.

There are, admittedly, significant barriers to building these types of cases.   However, their strategic use could be an important development for conservation.  Alongside efforts like sustainable use, strengthened enforcement and demand management, conservation litigation could prove an tool for both biodiversity conservation and upholding environmental rights.

This work is supported by the UK Government through the Illegal Wildlife Trade Challenge Fund.  Conservation-litigation.org is based at the Conservation Governance Lab at the Lancaster Environment Centre.

Dr Jacob Phelps, an environmental social scientist at the Lancaster Environment Centre, is dedicated to identifying strategies to protect tropical biodiversity. He leads the Conservation Governance Lab, which explores institutional, policy and legal responses to leading environmental challenges, such as illegal wildlife trade and wildfire. He draws on a wide range of methods and approaches, and is active in the science-policy interface, including through CITES and IUCN.