The common warthog has an overall skin colour of grey with a sparse covering of bristle-like hairs and a mane of long, erectile hairs along neck and back. The colour of mane hairs varies from straw-brown to black and is raised when an animal is under stress. Tufts of pale to white coloured whiskers may lie along the sides of the face. This is the only African pig that raises its black-bristled tail erect when running. Both sexes have prominent wart-like structures on face; the boar has two pairs, the sow only one pair. The large canine teeth, or tusks, are particularly well-developed in boars. During the course of the 1970s, common warthog were introduced onto the then Andries Vosloo Kudu Reserve (now the Great Fish River Conservation Area), near Grahamstown, in the belief that they once occurred naturally in the Eastern Cape. Although claims from old written records and supposed skeletal remains are as yet unverified. Whatever the situation was warthog have now dispersed outside the reserve for considerable distances on to privately owned land and are commonly offered as trophies and hunted for their meat in the area. 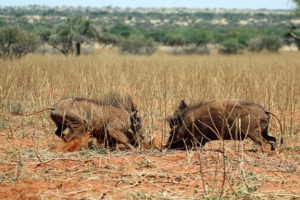 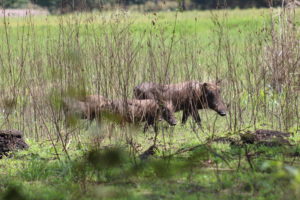 Has a wide sub-Saharan range, with from 4 to 8 races recognized, but there is little, if any, difference in external appearance. It is present in 30 African countries and huntable as a trophy in 14 countries. A second species is recognized, the desert warthog (Phaecochoerus aethiopicus), which is only found in northern Kenya, Somalia and the Ogaden of Ethiopia. Common warthogs are also present in the same region.

Common over much of its range but drought, habitat modification and over-hunting have caused a few local extinctions and population reductions.

Open grass and woodland savannas, from low to high rainfall areas, and from sea-level to an altitude of about 3 000 m (9 843 ft). They penetrate into semi-desert areas along wooded water courses where there are pools of water throughout the year. This includes parts of the Kalahari and Namib deserts, as well as the Sahel zone south of the Sahara. However, in these marginal habitats they occur at low densities and in general, animals tend to be smaller than their savanna counterparts. 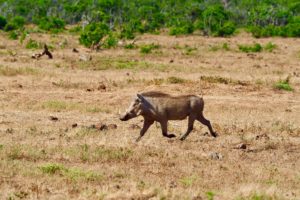 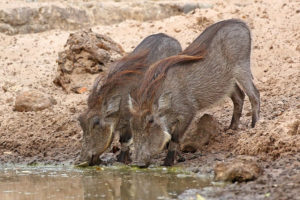 Warthogs are mainly diurnal, but under certain circumstances will forage at night. Generally nights are spent in ground burrows excavated by other species, such as aardvark and porcupine, but on occasion they will dig their own, or shelter in road culverts where these are available. In hot weather they frequently wallow in water and mud where this is available. Adult sows, usually one, two or three, and their young of the latest litter, form sounders but boars at about the age of two years leave their birth sounder and form loose bachelor groups, or live alone. Sexually active boars are usually solitary and mix with sow sounders only when a sow is on heat. Although they do not establish territories, boars fight vigorously for mating rights.

Grass and grass roots make up the bulk of their food and they often graze in a “kneeling” position. New green grass growth is favoured during the rains, but grass roots/rhizomes are favoured during the dry season. They will also feed on berries, fruits and tree bark. Although they rarely take carrion this has been recorded. 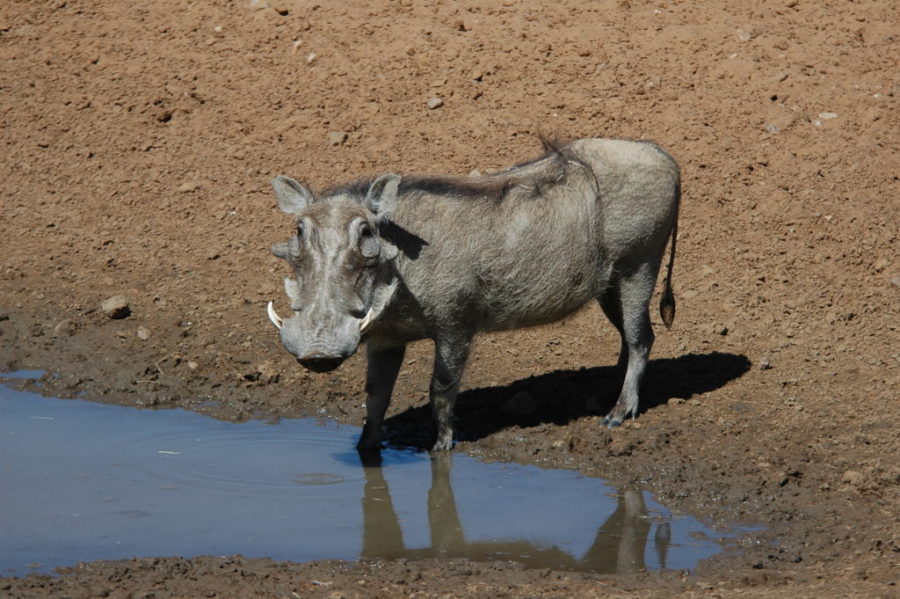 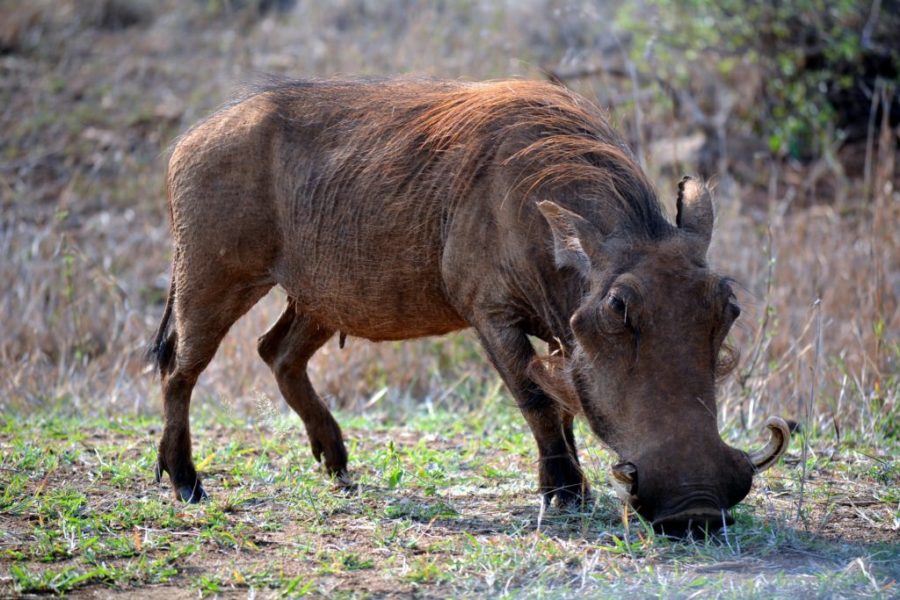