The southern oryx, or gemsbok (O. g. gazella) is a large antelope with a stocky build and a short, thick neck. Both sexes carry long, almost straight, transversely ridged, rapier-like horns with those of bull shorter and more robust. The body is greyish-fawn in colour, with black-and-white marked faces; a black stripe extends down throat and black stripe along each side separating upperparts from white underparts. 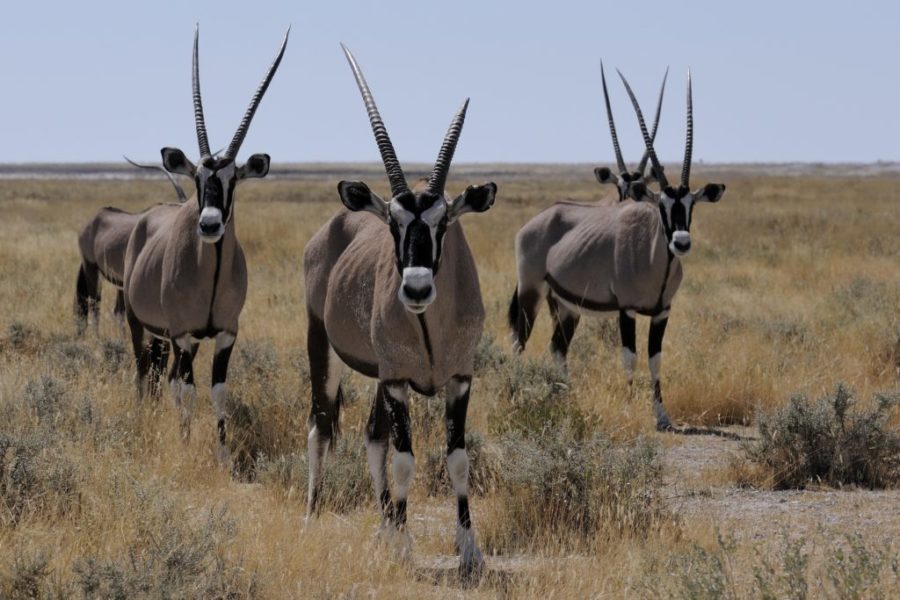 You’ll find the gemsbok in Namibia, Botswana and South Africa with marginal populations in Angola and Zimbabwe. Hunting takes place in two of the main range states. 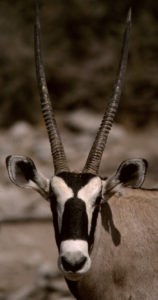 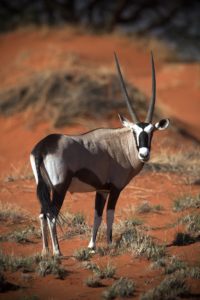 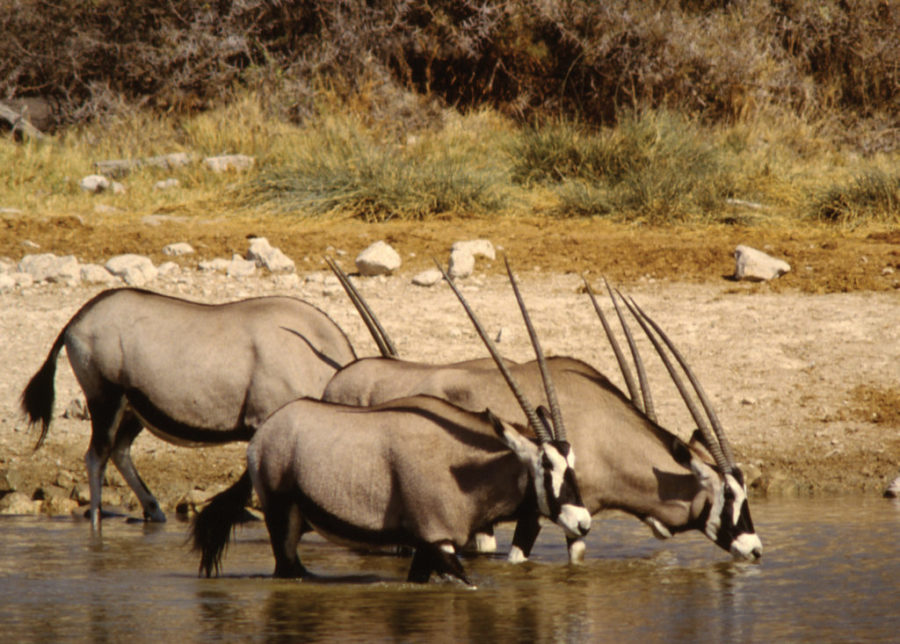 Form herds of up to 30 animals but when moving to feeding grounds, several hundred may gather temporarily. There are regional and seasonal variations in herd size and composition, mixed-sex herds, nursery herds or small bull groups. A territory-holding bull rounds up mixed or nursery herds and has sole mating rights. A bull will establish a territory when he reaches his fifth to seventh year. In southern oryx these territories average 7.6 km² (1 878 acres) to 25.7 km² (6 350 acres), whereas herd home ranges in the Kalahari average 1 430 km² (552 mi2). Bulls may hold a territory for up to three years. 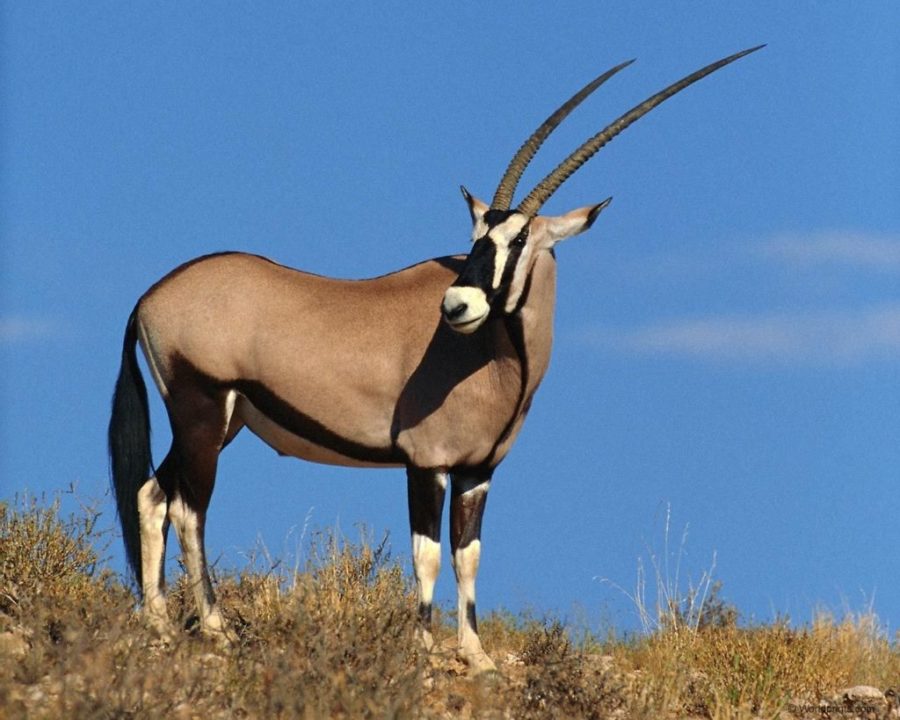 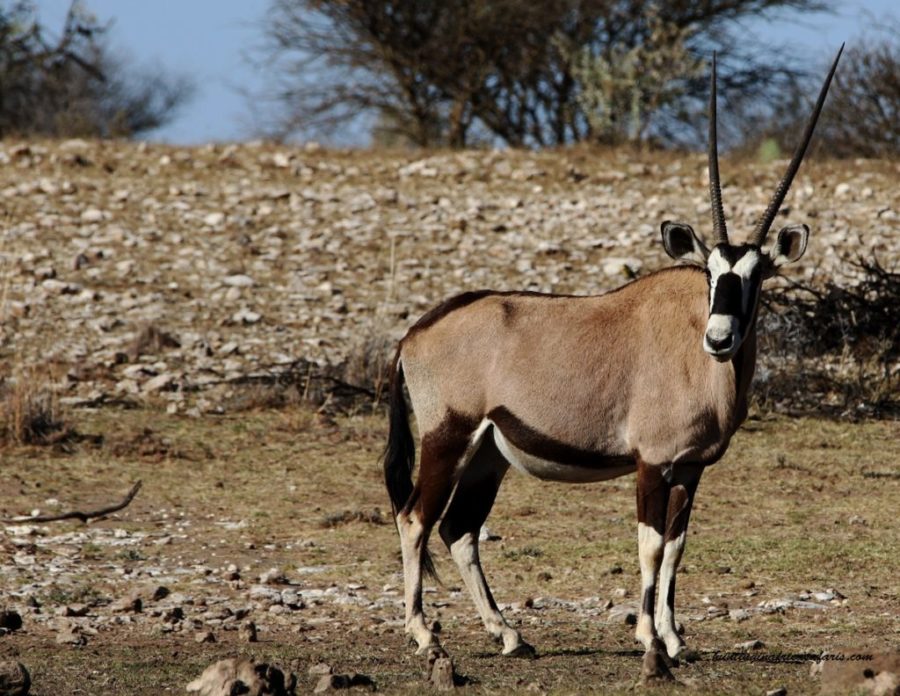 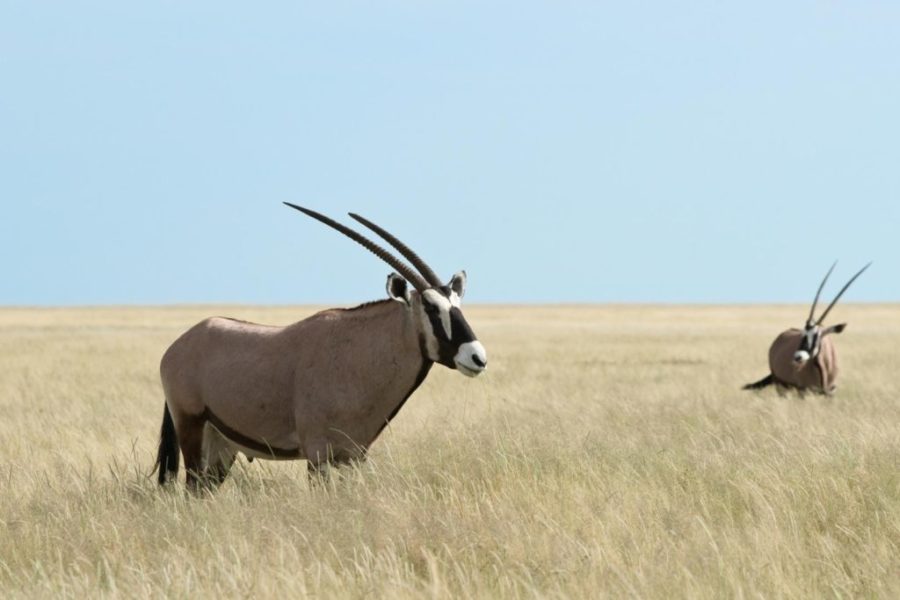 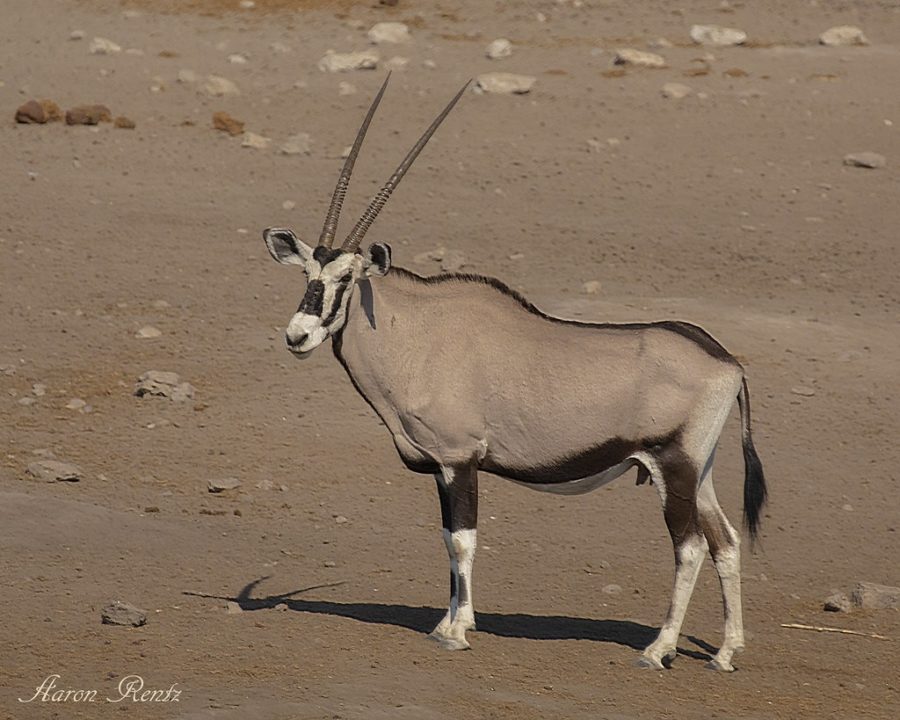 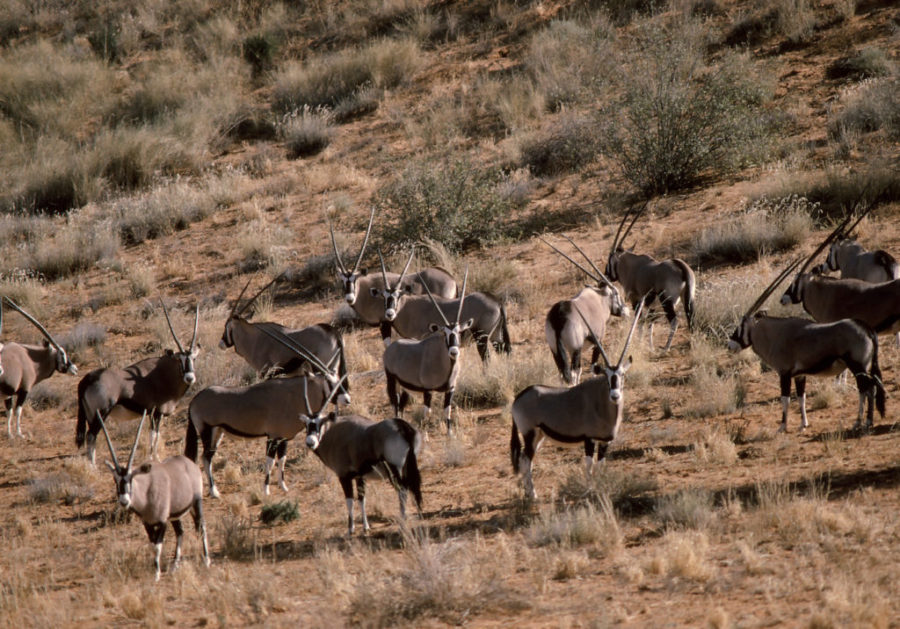