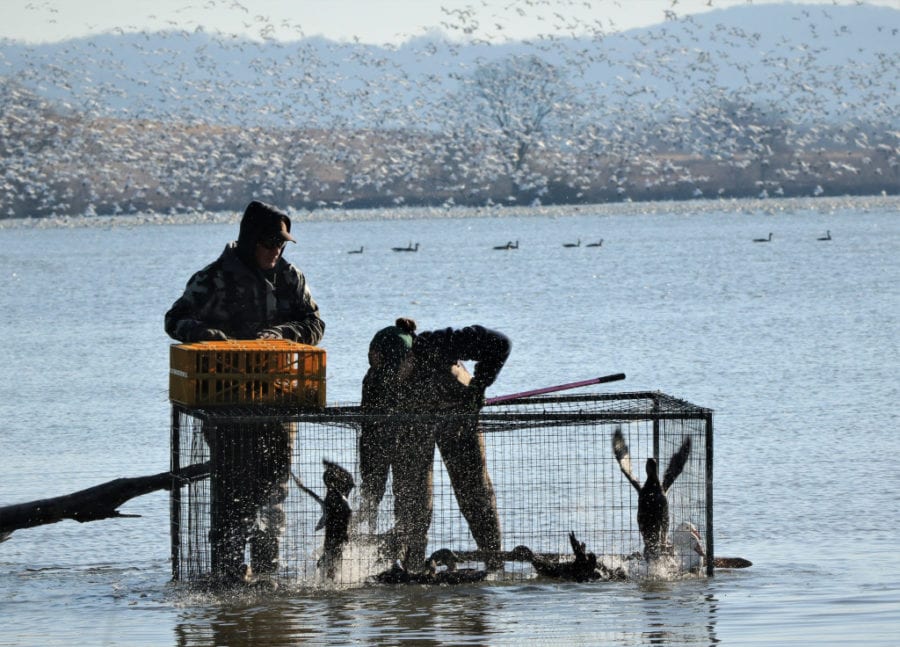 Amidst the noisy backdrop of swirling Snow Geese, Pennsylvania Game Commission employees Lauren Ferreri (biological manager of Middle Creek Wildlife Management Area in Southeastern PA) and Dan Lynch (Wildlife Education Specialist) remove ducks from a trap on the edge of the lake at Middle Creek.  During February and March each year, PGC employees at several sites around the state team up to help capture and band ducks as part of the nationwide effort through the United States Fish and Wildlife Service (USFWS) and the Black Duck Joint Venture to monitor waterfowl populations. 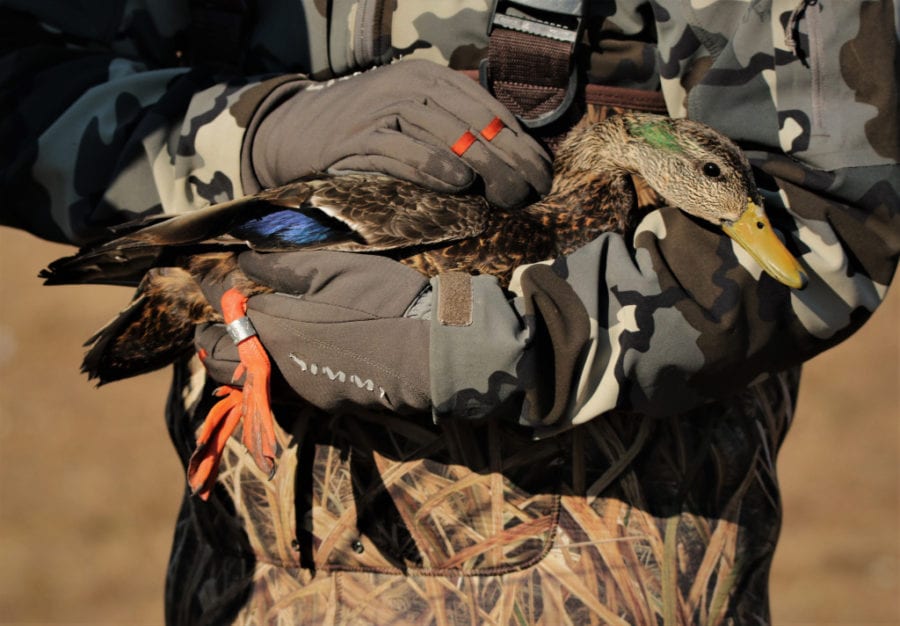 Information is gathered for each duck (species, gender, age, and body condition) before a lightweight aluminum band with a unique nine digit code is affixed to the duck’s right leg.  Observations made by the banders are vital to better understanding the breeding biology of ducks, such as the case of the hybrid duck shown above.  Sporting the overall dark chocolate brown color of an American Black Duck, this duck also shows a white line along the speculum (colorful wing patch) and green tones on the head that indicate Mallard lineage.  Thus, this bird is listed as a Mallard X American Black Duck cross and adds to the growing understanding about interbreeding between these two closely-related species. 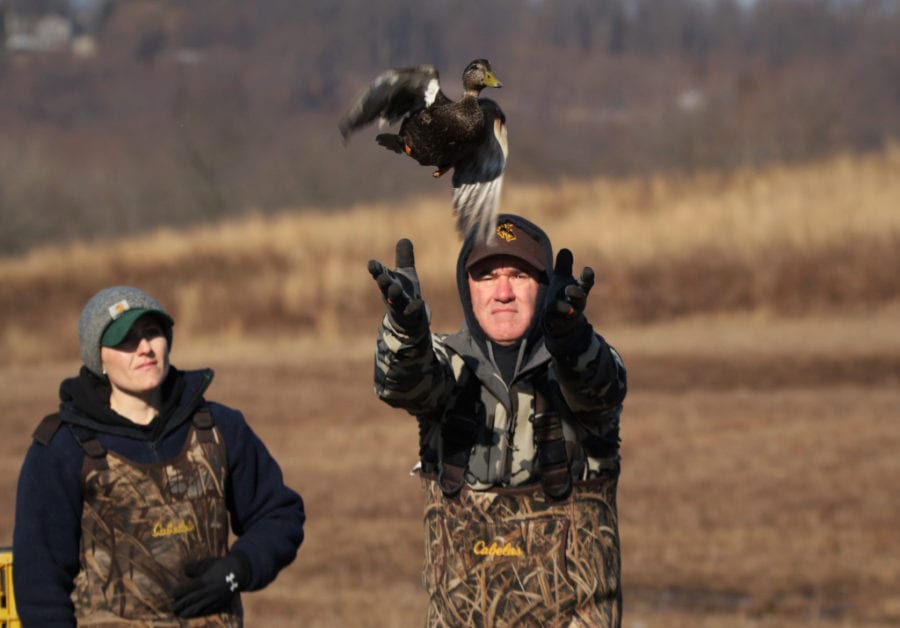 When ducks are released after being banded, it may be days or weeks or years before they are encountered again.  The biologist who did the original banding and encounter the bird again is what is known as a recapture.  On the day these photographs were taken, twenty-six American Black Ducks in the trap included twenty individuals who had already been banded previously.  Two years in a row at Middle Creek, the same male and female American Black Duck were trapped together on the same day.  This tells of both site fidelity (returning to the same wintering location) and mate fidelity (a bonded pair staying together). 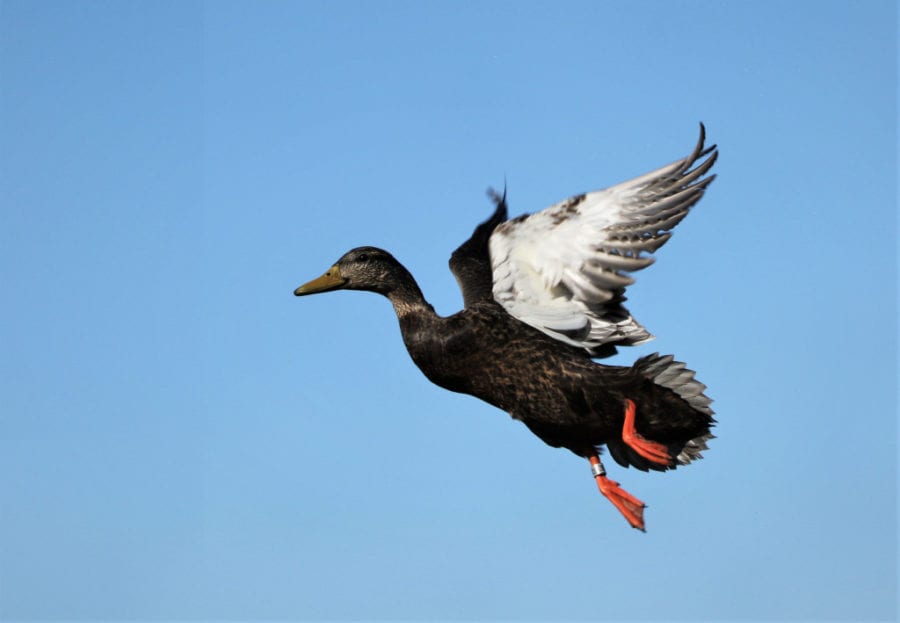 At Middle Creek, the majority of the ducks banded each Winter are American Black Ducks (pictured above) and Mallards.  Other duck species less-commonly banded at this site are American Wigeon, Northern Pintail, and Gadwall.   During the late Summer and early Fall, locally-raised ducks like Wood Ducks and Mallards are the species that are most commonly captured.  For the waterfowl hunter, banded ducks provide a thrill when harvested during the hunt and upon receiving the certificate with the banding information.  For the outdoor photographer and wildlife watcher, banded ducks add an element of excitement when observed in the field.  And for the biologists who study waterfowl, banded ducks provide a wealth of information to better understand and manage duck populations.