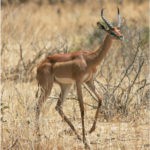 The most bizarre looking of the gazelles, the gerenuk gives a first impression of being of an impala with very long legs and neck. Which is why it is sometimes called the giraffe-necked antelope. The ears are quite large, as are the eyes, and the muzzle has a “pinched” appearance. The upperparts are rufous-fawn, with paler sides and a thin dark line separating upperparts from white underparts. Only rams carry the relatively short, robust, heavily ringed, tight lyre-shaped horns. It is one of only two antelope species (the other being the dibatag) that can stand vertically on the hind legs when feeding. Two subspecies have been named, the northern (L. w. sclateri) and the southern (L. w. walleri) gerenuk, with some being of the opinion that these constitute separate species. 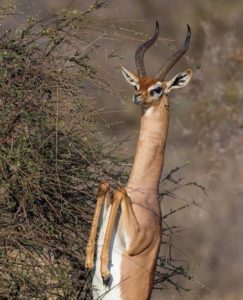 Estimated numbers range from a low of 24,000 to a high of just under 100,000; largest population in Kenya and adjoining areas of Ethiopia. Has benefited from overgrazing by domestic livestock, as this has increased levels of thicket growth and bush encroachment. It still occurs across much of its original range but the population in Somalia is believed to be under severe pressure. In Kenya it is estimated that numbers have at least halved in recent years outside conservation areas as a result of poaching and competition for food with domestic livestock, especially goats. Such impacts in Ethiopia and Somalia are even greater.

Adult rams are generally solitary, but small mixed groups consisting of a ram and a small number of ewes and their young. Ewe and lamb groups are also commonly seen. Although up to eight animals may be seen together, they are usually spaced several metres apart when resting or feeding. Home range of a single adult ranges from 2-6 km² (500-1,500 acres) with size depending largely on conditions and food availability. Ram territories average from 2-4 km² (500-990 acres), are permanently held, and intruding rams are driven away. Subadult rams are tolerated if they enter established territories as long as they are subservient. Animals are closely bound to their ranges and remain there throughout their lives. Very little work has been done on gerenuk densities but they are generally held to be low, a measure of the arid habitat they occupy. 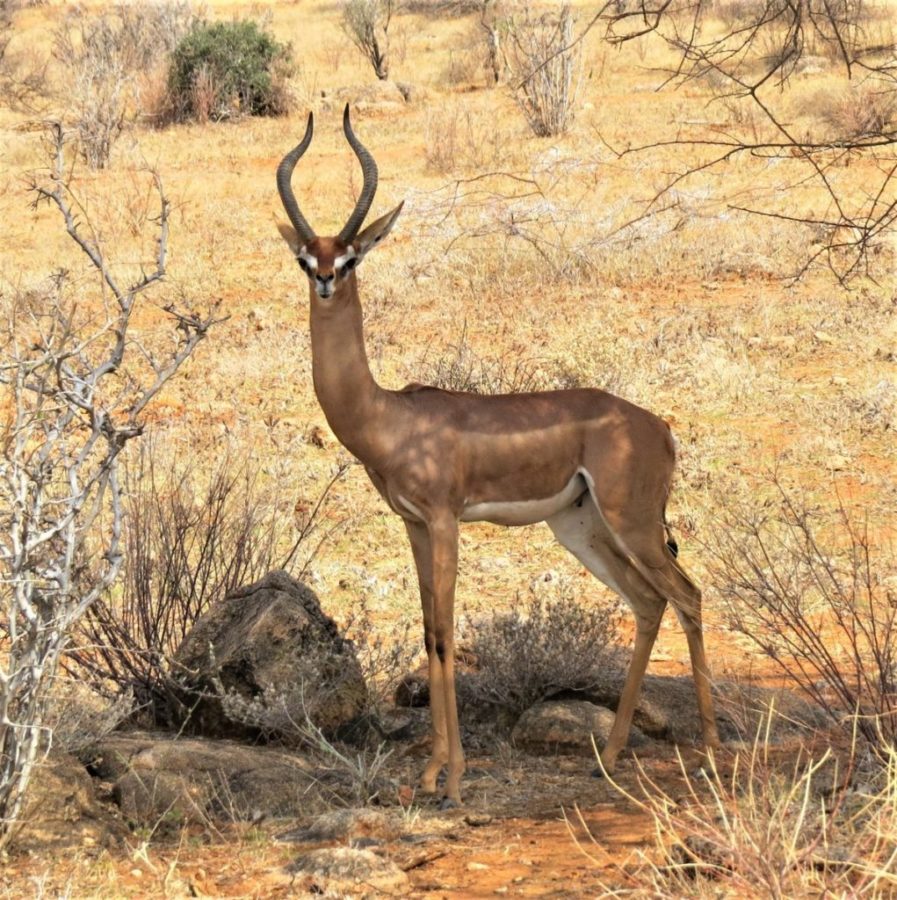 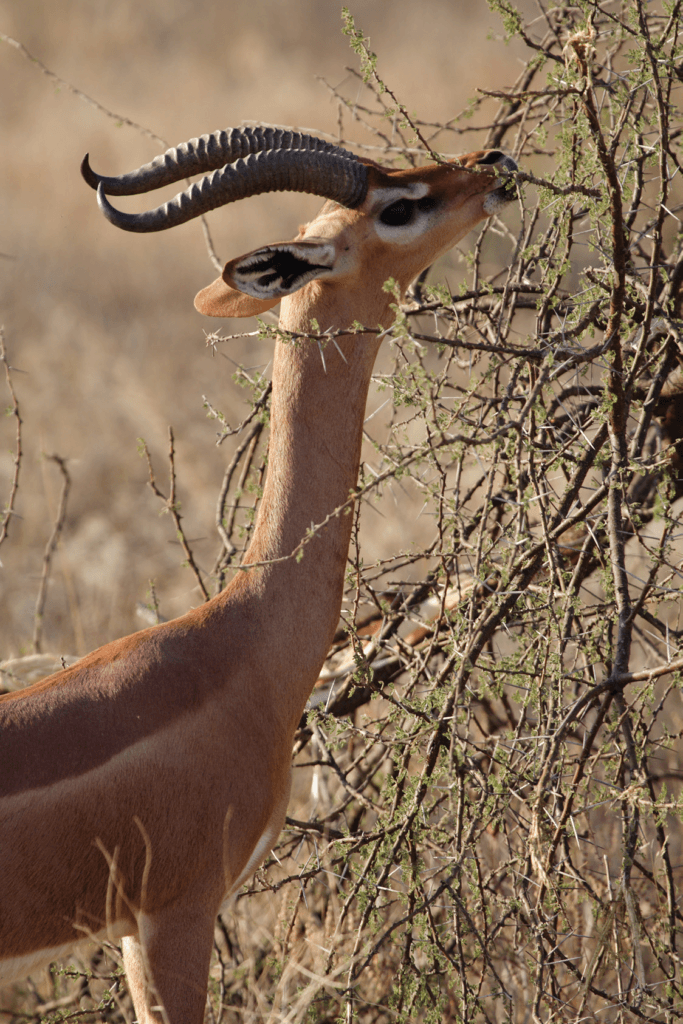 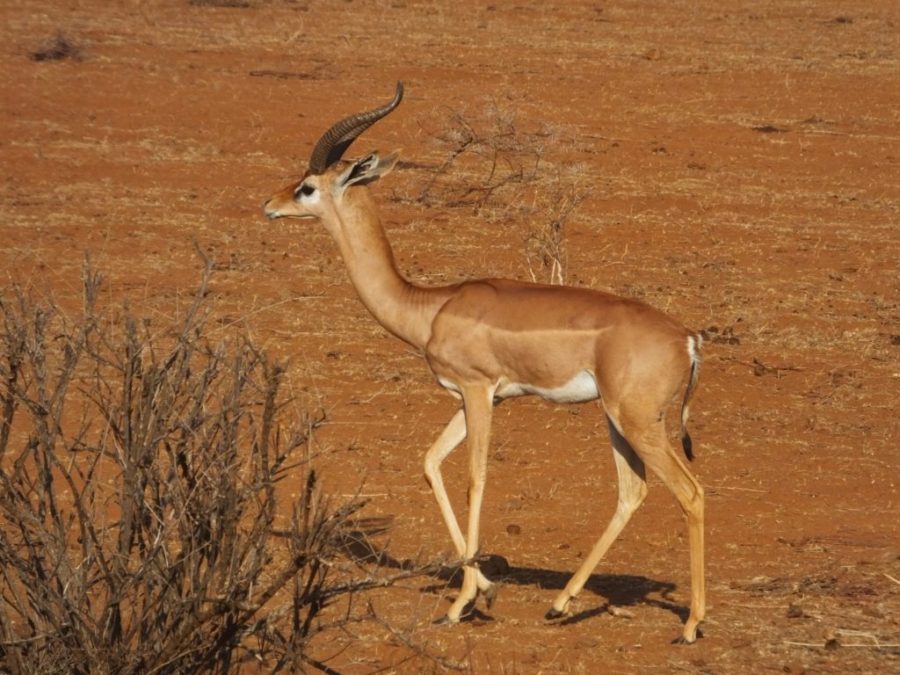 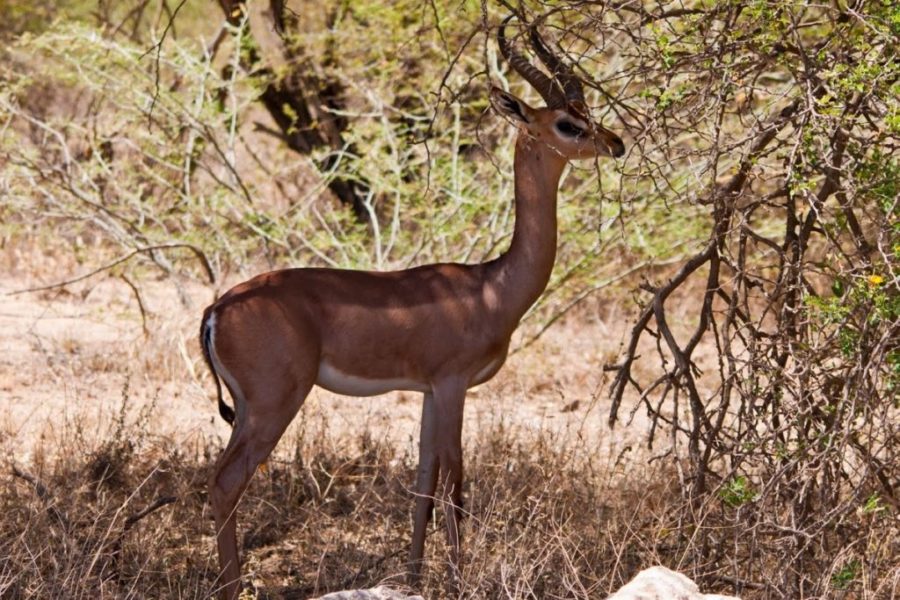 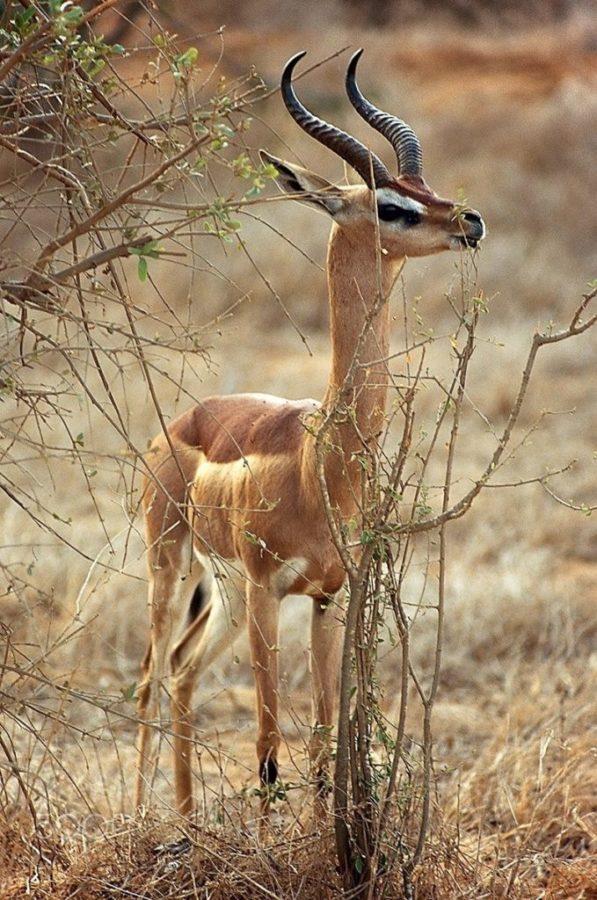